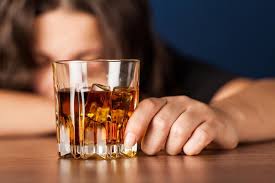 If you are concerned that you or a loved one may be an alcoholic, then recognizing the stages of alcoholism may help you weigh the options available to you for detoxification and treatment.  The four phases of alcoholism were defined by E. Morton Jellinek,  a scientific researcher who did extensive work on alcoholism.

During the pre-alcoholic stage, there is little evidence of problem drinking. Much of the behavior during this phase would look typical to a casual observer. Drinking is primarily social at the beginning of this stage. However, as this stage progresses, drinking is used with increasingly greater frequency as a means for stress reduction.  The major physiological characteristic of this phase is that the person begins to develop a tolerance for alcohol. This means that he or she can drink ever larger amounts of alcohol while still functioning. Eventually, it takes large amounts of alcohol to result in inebriation. If you are wondering if you are in the pre-alcoholic stage, ask yourself if you drink to make yourself feel better, or if you drink because the people around you are drinking and it is socially appropriate. If you are drinking manageable amounts in social settings, than you most likely do not need to be overly worried. However, if you are drinking to make yourself feel better, to avoid worrying, to forget bad memories, or to reduce anxiety, you may be in the pre-alcoholic stage. Also be wary of drinking to relieve physical pain, which can escalate. If you are drinking to dull physical pain, make an appointment with your doctor to discuss the problem.

After you have suffered your first alcohol-related black out, you are in the early alcoholic stage. This stage is characterized by a growing discomfort with drinking combined with an inability to resist it. You may find yourself lying about drinking to friends or loved ones. You might also hide drinks, such as by spiking your soda or coffee when no one else is around. During this stage, your tolerance of alcohol continues to grow. You might also become obsessed with thoughts of alcohol.

In the middle alcoholic stage the symptoms of alcoholism usually become obvious to friend and family members. You may begin missing work or social obligations because of drinking or hangovers. You might drink at inappropriate times, such as when caring for your children, driving, or at work. You also may become increasingly irritable, arguing with your spouse or friends. Your body will begin to change because of alcohol abuse. You may develop facial redness, stomach bloating, sluggishness, weight gain, or weight loss. In this stage, you might make several attempts to stop drinking and even attend support groups. Support groups, as well as other forms of treatment, can be effective. Many who struggle with alcohol abuse are able to successfully control urges to drink with help. To find a support group or detox program, call us.

During the late alcoholic stage, the effects of long-term alcohol abuse are apparent, and serious health problems may develop. Drinking becomes an all-day affair, and everything in life, including family and friends, takes a backseat to drinking. If job loss has not already occurred, it frequently happens in this stage. Diseases caused by drinking may develop, such as cirrhosis of the liver or dementia. Paranoia is characteristic of this stage, as well. Late-stage alcoholics might also become overly fearful and not be able to explain why. Attempts to stop drinking may be characterized by tremors or hallucinations. However, even the last stages of alcoholism can be helped with therapy, detoxification, and rehabilitation. Call us for confidential help finding a program to meet your needs.