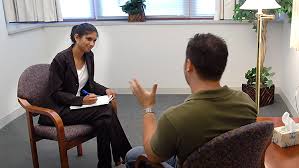 ALMOST ALL OF us have had the experience of being in a conversation where, no matter how hard we try, our thoughts keep wandering away from the person in front of us. Nothing ignites the spark of an engaging discussion. It’s just boring.

What exactly makes someone boring? “Boring” is a broad, amorphous concept. Unlike a discrete trait, such as the Big Five (openness, conscientiousness, extraversion, agreeableness, and neuroticism), boredom presents a challenge to researchers aiming to reliably measure and examine the concept. But perceiving someone as boring stems from our capacity for attention. “We evolved to focus on the interesting’ because that involved food, mates, and predators;’ says personality psychologist Mark Leary, a professor emeritus at Duke University. “If something isn’t interesting, it’s probably not worth our while. Our biology tells us to get up and do some- thing more important:’ Leary and his colleagues have defined boredom as the “affective consequence of effortful maintenance of attention to a particular stimulus event:’ If, ironically, that definition put you to sleep, boredom means that you have to force yourself to pay attention. Most people, of course, aren’t dreadfully boring. But it still pays to tune up our small talk from time to time.

Back in the 1980s, Leary conducted one of the few studies to explore exactly what people perceive as a “boring” personality. The item that topped the list was continually complaining about your problems, or “negative egocentrism” in psychology parlance. Everyone needs to let off steam occasionally. But be sensitive to the situation: Close friends would understand if you needed to confide in them about a challenge, but your airplane seatmate might find you incredibly dull after 20 minutes of venting about your evil boss. The decision to complain also pertains to your goals. When struggling emotionally, your primary goal may be to feel better, in which case airing your grievances could be the solution. But if the goal is to build connections at a networking event, com- plaining could make the interaction tedious for your new contact. “You can’t achieve all of your goals at once. If your goal is to feel better, rather than to stimulate an interaction you would enjoy, there’s nothing wrong with that;’ Leary says. “But do it intention- ally, rather than obliviously, to avoid distancing other people:’

One of the most common complaints people have after a conversation is that the other person didn’t ask enough questions, says Alison Wood Brooks, an associate professor at Harvard Business School. People love talking about themselves and feel good when others show interest. So why do we shy away from asking questions? Our understanding of question asking may be broken, Brooks says. Many people feel that by asking a question they’ll come across as nosy or rude, especially on a more sensitive topic. “We overestimate how intrusive our questions will be:’ Brooks says. (Of course, the other reason people may not ask questions is because they’re egocentric and incurious-but those folks probably aren’t reading this article.) If people enjoy being asked questions, they love being asked follow-up questions.  Brooks and her colleagues have measured the influence of follow-up questions in a host of different settings to determine that those who ask follow-up questions are often better liked. One study, published in the Journal of Personality and Social Psychology in 2017, followed speed daters and found that asking just one more follow-up question in each meeting led to an additional date. People even like chatbots better if they ask more follow-up questions. “It really seems as if follow-up questions have a special magic to them;’ Brooks says. To ask good follow-up questions, just listen closely and be curious. Avoid peppering someone with surface-level questions (“Where are you from?” “What do you do?”). In- stead, after the first question (“Where are you from?), probe their answer to learn more (“Did you like growing up there?” “What was that like?”). “It’s this behavioral demonstration that you’re listening to them and want to know more;’ Brooks says. “That’s how everyone wants to feel,”

Hopping to a new topic more quickly than you might think polite can prevent a subject from going stale and move the conversation forward. Brooks and her colleagues instructed study participants to talk naturally or to switch topics more frequently than they normally would when the conversation lulled. The data from their forthcoming report showed that people learned to shift topics easily and that they responded to cues of lost interest, like periods of mutual silence, more quickly. Most important, both individuals enjoyed the conversation more. People may linger on topics for longer than necessary to be polite, Brooks says. They don’t want to offend the person who brought up the topic or come across as rude or abrupt. But people often feel a sense of relief when someone proposes a new topic, especially if the conversation has stagnated. Shifting topics more quickly also doesn’t seem to replace depth with breadth, because the number of follow-up questions asked in both conditions was comparable. When the topic stalls, speakers don’t ask more probing questions-they start to repeat themselves instead, Brooks says. “There’s a misconception that staying on a topic for a long time leads to greater depth, but we find that it’s not true;’ Brooks says. “You squeeze out all the good stuff pretty quickly.” This mirrors the experience of clinical psychologist Barbara Green- berg. When patients struggle to make or sustain relationships, one of the tips she provides is to look for hints that a topic is played out-like if listeners look away, become quiet, or glance at their phones. “Pay attention and people will give you clear cues;’ Greenberg says.

Another nail in the coffin is a flat or muted response. When the person you’re speaking with doesn’t react to you, either positively or negatively, it conveys that they’re not invested in the conversation, Leary says. This response can make it hard for you to pay attention as well. Some people may not be naturally effusive, or they may have been raised in an environment that discouraged emotional reactions. There’s nothing wrong with that, but if you feel nervous about sustaining a conversation or making a good impression, you can proactively nod, smile, and maintain eye contact so that the other person feels acknowledged and engaged. That also means setting aside distractions to be fully present. “Put your phone away and look at the per- son:’ Greenberg says. “That sounds so basic, but it’s not anymore’

5  DEMONSTRATE A SENSE OF HUMOR

Laughter can make any conversation more delightful. Humor can also accomplish many sneaky and valuable feats: Not only does it make conversations more fun, but it can also help us cope with difficult experiences, deflect uncomfortable questions, and boost group cohesion, Brooks says. Humor even indicates one’s position in the social hierarchy-funny people are seen as having a higher status than people who don’t crack jokes, according to a 2016 study published in the Journal of Personality and Social Psychology. So, if you’re naturally funny, don’t be afraid to let your sense of humor shine. (Brooks especially recommends the callback: Referencing a comment from earlier in the conversation’ even if it’s not that funny but a little funny.  But what about situations where humor is risky, like professional settings? And what about those of us who don’t view ourselves as comedians? Well, when people appreciate good humor-by laughing at or encouraging others’ jokes-they’re still perceived as warm and engaging. Imagine a two-by-two grid, Brooks explains. One axis represents being funny or not. The other axis represents whether you appreciate humor or not. “You just don’t want to be in the no-no quadrant;’ Brooks says. “You’d be a wet blanket!”

Revealing vulnerability can lead others to view you more positively. Brooks and her team found that revealing failures on the path to success reduced listeners’ feelings of jealousy. When entrepreneurs did the same, it reduced jealousy (malicious envy) and instilled inspiration to strive toward success (benign envy). The results were published this year in the Journal of Experimental Psychology: General. The reason may be that people are intimately familiar with their own shortcomings but often aren’t aware of others’ imperfections, Brooks says. People are more likely to share positive information about themselves, which gives the impression that others succeed more frequently than they really do. Hearing about those difficult moments can provide relief and help people feel less alone. Sharing your vulnerable side may be especially refreshing today. “Revealing failure is particularly relevant in the social media age;’ Brooks says. “Everybody is trying to convey this perfect image online, but behind the scenes, everyone’s life is actually a shit show” When executed correctly, Greenberg agrees that vulnerability can interest others and draw them closer to you. For example, someone may seem to have a great job but reveal feeling anxious at work. If you face a similar problem, share the experience to create a closer bond.

People love stories; they’re relatable, entertaining, and others can chime in with similar tales. If you’ve noticed that your friends or colleagues particularly enjoy one of your stories, keep that anecdote on hand for the future. “Telling a crazy family story is always a winner;’ Greenberg jokes. “Everybody’s family tends to regress and act a little silly.”

INFIDELITY – COUNSELING YOUR WAY THROUGH