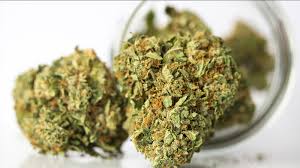 A study published in the Journal of Affective Disorders found that smoking cannabis can significantly reduce self-reported levels of depression in the short-term. Yet the researchers also found that repeated use didn’t lead to any long-term reduction of symptoms and may even increase depression over time in some people.

In my practice I have had numerous encounters with marijuana users who hold legal medical marijuana cards.  These cards can be given out by a trained medical doctor for a variety of reasons, including reports of anxiety.  No testing is done and diagnosis is based on patient self-reporting.  In many cases, the marijuana is used for recreational purposes.  The most recent clients reported daily use, and of course, they are somewhat lethargic and report mild depression.  Asking these clients to reduce their use to every other day (a 50% reduction) removes the reported lethargy and also reduces the depression.

Although there is some evidence that marijuana may have antidepressant properties, many argue there are also some important risks that need to be addressed when considering using the drug to treat depression.

There is a well-known phenomenon called “amotivational syndrome,” in which people who regularly and heavily use cannabis become apathetic, socially withdrawn, and perform at a level of everyday functioning well below their capacity prior to their marijuana use.4

Some research indicates that people who use marijuana (especially regularly or heavily) are more likely to be diagnosed with depression than those who don’t use the drug. But research has failed to conclude that there is a causation relationship at play: That is to say that it is not clear that depression directly results from marijuana use.

In some people with a predisposition to other mental illnesses, such as schizophrenia and bipolar disorder, marijuana use may serve as a trigger for the disease’s expression. There also is some search that shows that heavy use of marijuana in adolescence (particularly in teenage girls) can be a predictor of depression and anxiety later on in a person’s life.6

Certain people are also at risk for the development of psychosis with the use of cannabis. People with substance-induced psychosis might have delusions, hallucinations, or both.

One of the biggest concerns with using marijuana as a depression coping tool is that it can result in psychological dependence. It is estimated that about 30% of people who use marijuana will eventually become addicted to marijuana, and the percentage rises in those who begin using marijuana before age 18.7

Researchers at University at Buffalo have been experimenting with the extract cannabidiol to determine if it could offer mood-boosting benefits without the risk of drug dependency.8

Overview of Marijuana Use and Addiction

Since the effects of marijuana are fast-acting, experts are also concerned that proven long-term behavior-based coping strategies and depression treatments, like cognitive behavioral therapy (CBT), may seem less helpful at first and may be less likely to be pursued despite their value.

A Word From Verywell

As states continue to legalize the use of cannabis for medicinal purposes (and many for recreational use as well) and refine the criteria for eligibility, researchers will likely continue to explore the relationship between depression and marijuana use.

This will, however, likely require a much larger body of legitimate scientific research to prove or disprove the efficacy of medical marijuana, and potentially loosen the restrictions on its use. If you live with depression and are considering medical marijuana as a treatment option, consider first working with your doctor to weigh the pros and cons.

Many studies of the relationship between cannabis use and mental illnesses such as depression and anxiety have suffered from methodological issues by not controlling for related factors.

The few longitudinal studies that have been conducted have mixed findings.

A 2014 review of the existing research concluded that using cannabis placed an individual at moderate risk of developing depression.

Unfortunately it was not within the scope of the research to determine if cannabis use was causing depression or if the relationship instead reflects the association between cannabis use and social problems. Cannabis use is associated with other factors that increase risk of depression such as school dropout and unemployment.

The relationship between cannabis use and anxiety is also complex. Many people use cannabis for its euphoric and relaxing effects. But some people also experience feelings of anxiety or paranoia when intoxicated. As such, cannabis could be used to relieve anxiety or stress for some while causing others to feel anxious.

A 2014 review of the available research concluded that using cannabis placed an individual at a small risk of developing anxiety. But the authors noted that while the weight of evidence supported the coexistence of cannabis use and anxiety, there was relatively little evidence to suggest that cannabis caused anxiety.

Not included in these previous reviews of depression and anxiety disorders were two recent investigations of cannabis use in the United States using data from 2001-2002 and 2004-2005. These included a host of variables such as demographic status and family environment.

Each found a significant association between cannabis use and the onset of depression and anxiety disorders. But this association was no longer significant when considering the impact of the included variables.

Clearly, the relationship between cannabis use and depression and anxiety disorders is complex and involves the individual’s reasons for cannabis use and external situations. That is, cannabis may be used to help cope with social problems that were not necessarily caused by cannabis use.

INTO THE NEW YEAR!